After watching one of my favorite movies, American Beauty, I decided to buy a blender. Lester Burnham started drinking smoothies when he changed his lifestyle to be more healthy. I wasn’t really persuaded by the character. I simply remembered that this is a good option.

We had a blender before. Actually we had a few, a normal one from Breville, maybe, which worked ok, but it wasn’t powerful enough to blend smoothly. For that we had to get the expensive one. 2-3HP  blenders either from BlendTec or Vitamix. These blenders were not cheep, however. We spent a bit of time researching and found an alternative. I don’t even remember what brand it was, but it was really bad choice. It cost half of what a BlendTec cost, which was still over 500$.

Unfortunately that blender lost it’s teeth within a few months and became completely useless. It probably had warranty, but I don’t think we even kept the docket. Not unusual for us.

I thought this time to get a Ninja blender. They have been very heavily advertised on tv and had quite good reviews. Upon closer inspection I found out that while it’s not a bad blender, it was nowhere near close to the power of the other 2 professional blenders. After watching a few YouTube videos with reviews and comparisons I thought it was not worth the money.

I realised that I should instead just invest in a good BlendTech or Vitamix. Preferably the second as it seemed to have better reviews overall. If they shipped it from Amazon to Australia, I may have bought a basic model, but they didn’t, and the Australian websites had them starting at close to $1000 AUD. Way beyond my budget at this time. 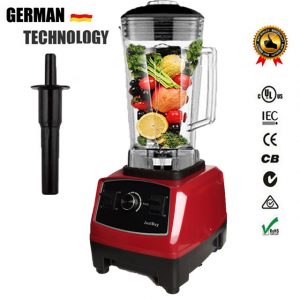 I found however a blender that was as powerful as the Vitamix, 3HP, 2200W and it was a fraction of the price. Even cheaper than the Ninja blender. I watched a video that compared this to Vitamix and this cheap blender actually outperformed the Vitamix.

I am under no illusion that the quality of the blender will be as good as Vitamix, but for $80 US shipped I was willing to try. I’ll try and if it blows up after a year, I have not really risked that much money. Also, I am not sure if I persist with the blending meals. It looks quite nice and they say it’s very healthy, but maybe I just get over it quickly, so $80 was not much money to give this lifestyle change a go.

It should arrive in a couple of weeks. I’m already collecting recipes for healthy smoothies, both fruit and vegetable. Also ice cream. I miss ice cream, but I would not eat that from a shop. It’s basically 150% sugar. Not for me. I found a recipe for a simple vanilla ice cream with just milk, vanilla extract and sugar. I will substitute sugar with Xylitol, and should have an almost guilt-free ice cream. I can’t wait… 🙂 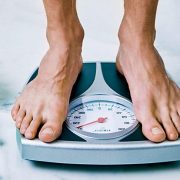 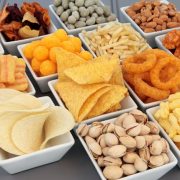 How I stopped myself snacking after dinner 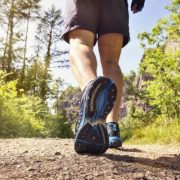