Last weekend we decided to go on a little trip to the Hunter region, about 2 hours drive up north from Sydney. We’ve been there many times before, and winter is really not the best time to go, but we had to do something with our weekend. It’s a really easy drive north, almost entirely on the freeway, so no challenge. This time we wanted to see something different. Visit a place of historical value, or a place with a great view.

Our first stop was at the Hunter Region Information Center. A very nice lady at the counter pointed us in the direction of a winery which has a magnificent view, but also a less popular town at the end of the wine country, which has a more country vibe and some old buildings as well. We liked the idea of taking the road less traveled by, so we took the map and went exploring.

Our first stop was for the view, and it was magnificent. Rolling hills as far as the eye could see. Winter is not the best time to see this area as everything looks kind of dead, but the view didn’t disappoint. We took our time there. Soaking in the view and the sun. Very relaxing. 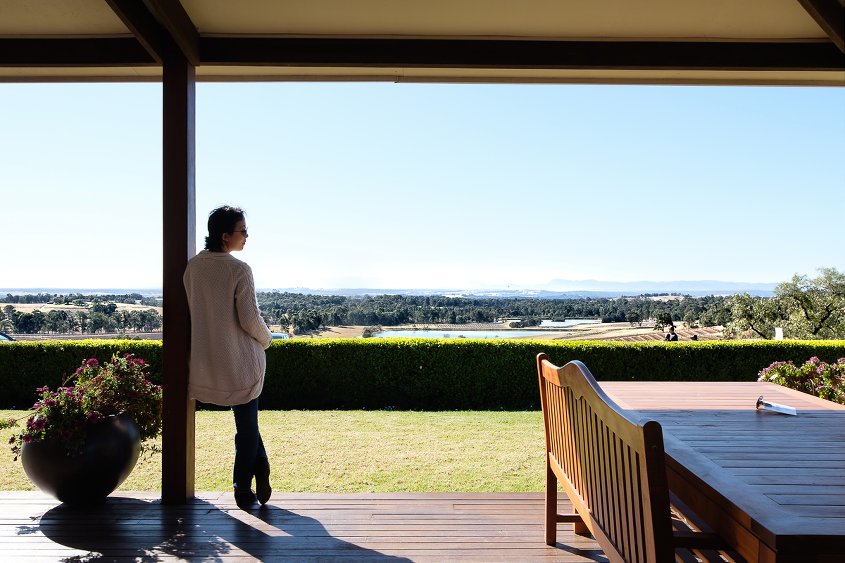 Another place we were encouraged to see was a little town called Wollombi. We’ve never been there before and the lady at the information center described it as tiny, but picturesque, with some old buildings and spots favored by wedding photographers as the portrait session backdrop. That was encouragement enough for us. We were told to look for a big wine bottle in the ground. A little strange, but hey, we saw a “big potato” a couple of weeks ago, somewhere near Robertson, that looked like a giant turd, so seeing a big wine bottle is not unusual. 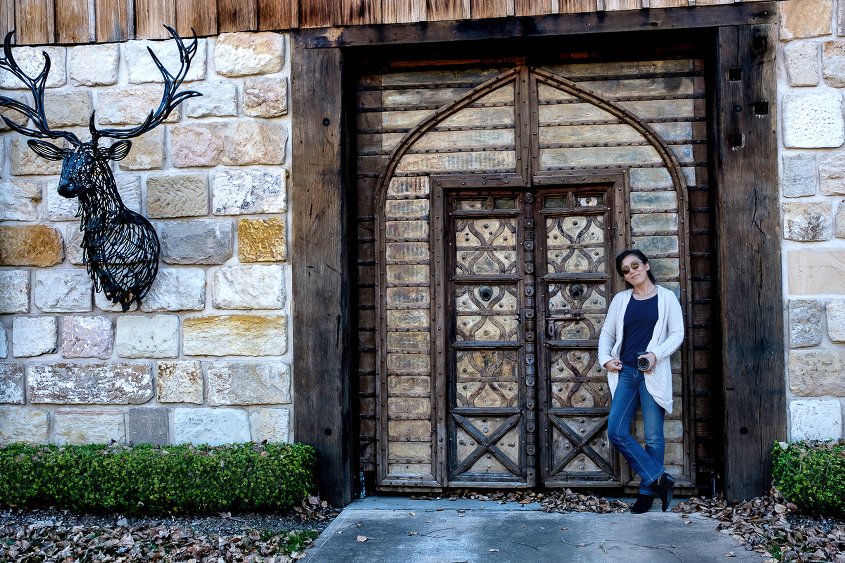 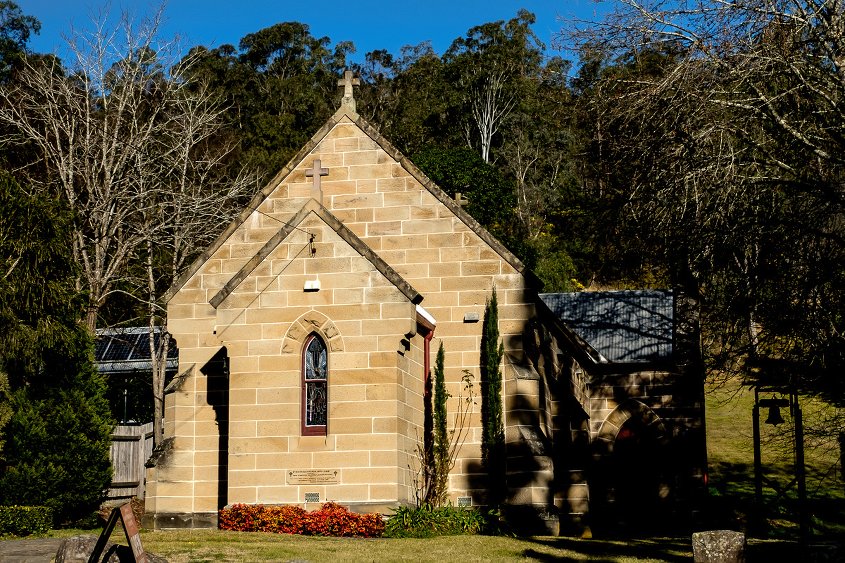 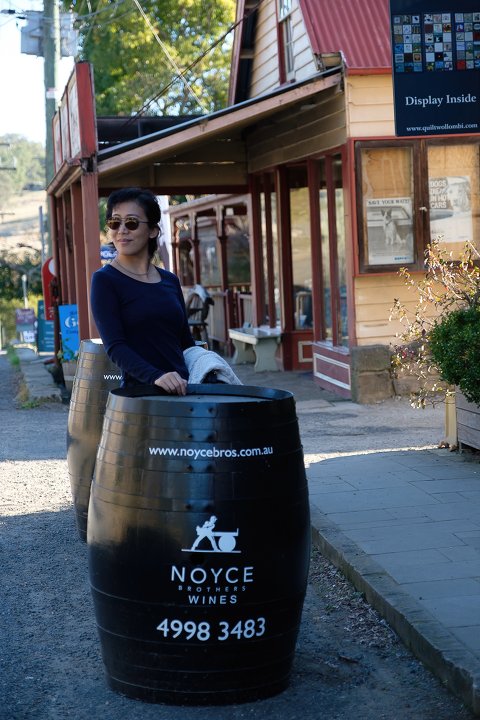 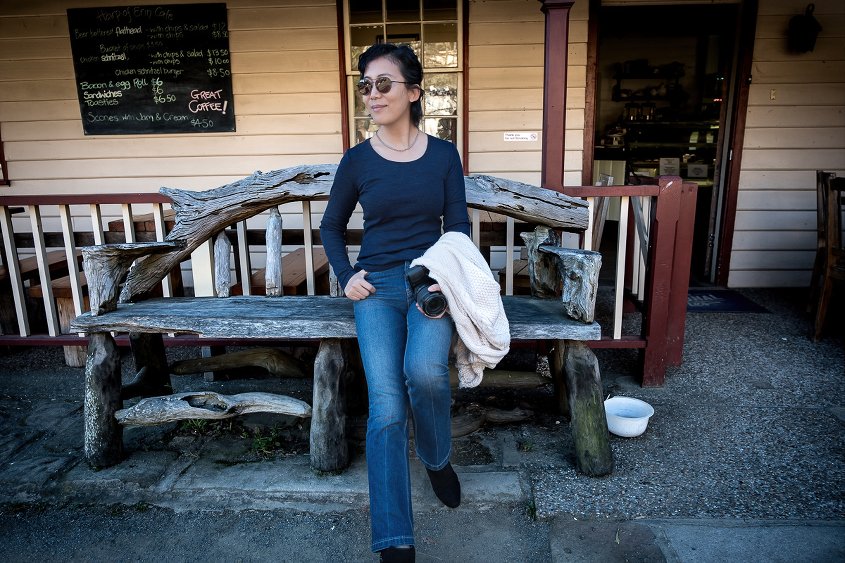 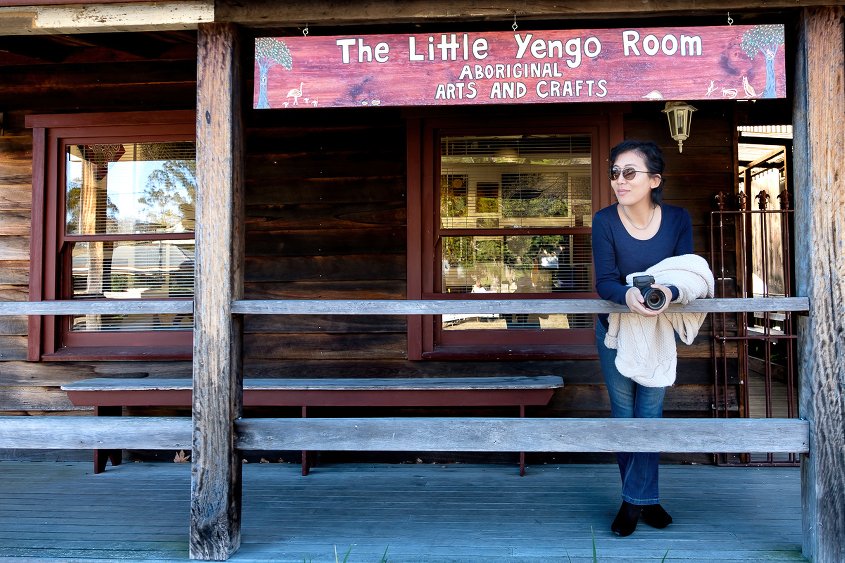 We drove for many kilometers, at least 30+. BTW, these maps they gave at the information center are NOT to scale. What looks like a short distance on that map was actually miles away. That was lesson 1.

We enjoyed the drive, tho; it was sunny and the area looked green with trees and meadows. Very soothing. We almost missed the big bottle and the historical building. Drove past, but turned around to have a closer look. The buildings looked really nice. Built of stone, with old wooden exposed frames. It looked like they may have been built by convicts, so we asked about that. Hm… no, the owner said. These buildings were erected 17 years ago, and certainly not using cheap convict labor. These building may not be very old, but I can see why they are so popular among local portrait photographers.

After this stop, we decided to continue towards Wollombi, the actual village, as we thought it was on the way back to Sydney anyway. About 30km later we finally arrived in this little village. The information girl was right. It’s tiny and there are only a few buildings there, but these actually looked genuinely old, so we took a few snaps.

After this, we decided to drive home. Took a right at the T junction and went. When we talked to the information lady, we asked for a road less traveled by the tourists. The road we were on, however, was not traveled by anyone. It became apparent after about 20km that we were going in the wrong direction.

To top it all off, we were running out of fuel. We still had about 100km worth of petrol in the tank, but we just drove about 70km and we barely saw a house, let alone a petrol station. We should have filled up the tank before we started driving away from civilisation. Lesson #3

So we stopped, drove all the way back to Cessnock, got petrol at the first petrol station we saw and breathed a big sigh of relief when we finally hit civilisation.

In the end, it was a great trip. Much more exciting than any other trip we took into the Hunter Valley Wine Region. Memorable for maybe the wrong reasons, but still. It was interesting to see how dependent we are on modern gadgets and access to the internet. No google maps to direct us, no mobile coverage to call for help, if needed. We like the bush, but I don’t think we could live there. 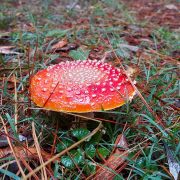